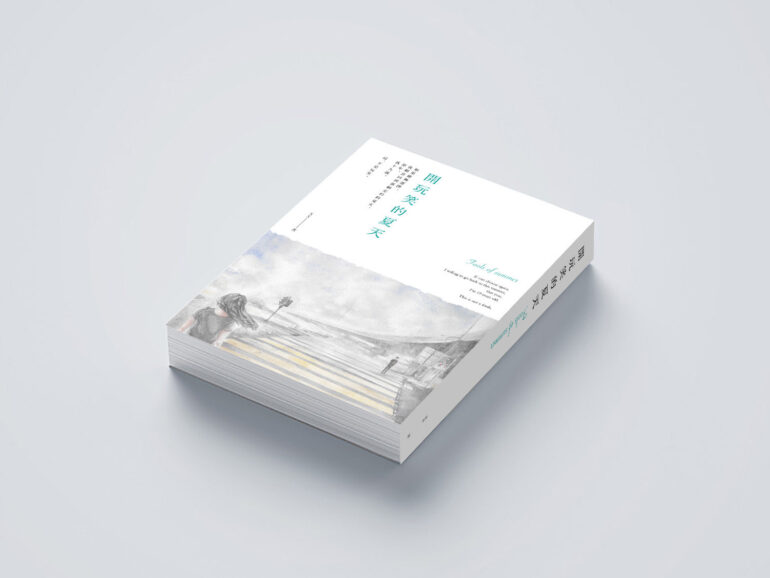 We are not just the fools of summer 2019“Living in this era, we have the responsibility to record history,” says the millennial author

Ching Yu the author named the book “Fools Of Summer” herself. Two years after this project, she is already a university student, chasing after her dreams. Looking back at the summer of 2019, she said that it is a bittersweet “first love”. Although the first love was gone just in the blink of an eye, she is still willing to be fooled.

In the Preface, she wrote, “If I could choose again, I would go back to that summer of promises. I was 19 years old then. That is not a joke.” That summer is a collective memory and history buried in our hearts. It is not something we want to forget and we don’t want it to just be a dream.

After two years, “Fools Of Summer” is finally published and Ching Yu is now busy collecting messages from “new Hongkongers”. Ching Yu wishes to record their thoughts down. The moments of the interviewees being interviewed and the words recorded by the pen are all valuable in this time of turbulence.

“Before I published the book, I sent the book to my interviewees. It’s only by then I discovered that some of them blocked me and some warned me not to write silly things.”

Although Ching Yu would feel frustrated sometimes, she wants to thank the interviewees for sharing their thoughts genuinely and openly during the movement. The National Security Law is enacted in 2020, Ching Yu thinks this breaks the Mainland and Hong Kong bridge because there would hardly be trust between the two places again.

She hopes to bring people closer together with this book although the broken bridge is not easy to fix now.

Wishing to breathe together with this city

In 2017, Ching Yu followed her mother to come to Hong Kong. She studied in the Mainland since she was small. She said she did not have any civic participation when she was younger and that was why she had no connection with her birthplace. Community activities and talks she joined when she had just arrived in Hong Kong nurtured her civic consciousness. She knew many “new Hongkongers” through these activities. She found that Mainland youths also have their independent thinking, it’s just that they don’t show it in the Mainland. Hong Kong became a place where they could meet each other. In these activities, she listened to people who went through the Umbrella Movement talking about the history of the movement. She thinks this is the most pleasing thing for her. This matter is often associated with “foreign powers” in the Mainland. No one in the Mainland dares to talk about it. There will be a fight if one is to talk about it.

History such as the Tiananmen Square incident in 1989 and the Hong Kong Umbrella Movement were once something Ching Yu could not talk about. When Ching Yu was 17 years old, there was a big shock to her thoughts. For the first time, she “breathed” with a city. “Suddenly, I want to have this kind of history and memory with Hong Kong.” In June 2019, the Anti-ELAB movement broke out. At school, she was at the frontline–she launched a strike, participated in the one-million-people protest, and once shook her arms and sweated on the street saying. “Hongkongers, keep it up!”

Being pulled and pushed during the movement

Ching Yu comes from Guangdong so friends around her may not realize that she is just a “new Hongkonger” who has just arrived in Hong Kong and will not look at her as an “other”. However, in real life, she would interact with the Mainland and be caught between the Mainland and Hong Kong. There is always a feeling of contradiction especially on the issue of democracy and freedom.

Ching Yu thinks that “new Hongkongers” had a lot of struggles during the Anti-ELAB movement. She and the Mainlanders in Hong Kong witnessed that the Mainland media blocked the information from Hong Kong. At that time, there was the most intense and united civil disobedience in Hong Kong since the opening of its ports. Ching Yu said that “new Hongkongers” around her were very proud of the non-violent 2-million-people protest in June. They generally tend to support the Hong Kong people’s movement.

In the book, Ching Yu records the incident of a Mainland youngster who was then in Hong Kong bravely sent posts advocating protesters’ beliefs to the Mainland, “The posts were sent upside down, surprisingly, they passed.” The news at the time recorded that there were indeed Mainland youths who crossed the border to participate in protests and were arrested. This proves that the internet is still affecting young people in the Mainland although we are a river apart. The turning point came in July. Ching Yu felt that since the people around her broke into the Legislative Council on July 1, Mainlanders living in Hong Kong began to oppose “violence.” Mainland university students did not agree with scolding principals and teachers and hence they began to differ from the protesters.

Ching Yu saw Mainlanders struggling between supporting and not supporting the movement. Nationalism initiated by the Mainland media after July also affected them. At the same time, under strong peer pressure, they could only express opposition towards the movement. Some of them even disappeared from the Internet by “social insulation” to reject any political discussion.

Even though Ching Yu initiated a strike, she was hesitant and lost during the movement. She interviewed 26 people in one go and all of them were Mainlanders or foreigners living in Hong Kong. During the interview, they talked about their views on the movement and they also permeated their love.

The battle of generations: whose fault is it?

After Ching Yu completed the interview, she had a conclusion: it is difficult to describe a person in “yellow or blue”. Their lives are constructed by their experience. Even if they have different political stances, all 26 interviewees love Hong Kong and they take the interest of the next generation into account. It’s just that the fragmented history and sense of the times confuse their identities and affect the way a generation loves…

In “Fools Of Summer”, Ching Yu found some Hongkongers who might be labeled “blue ribbon” to talk about the movement. They are someone else’s grandparents and masters. They still feel sad talking about Hong Kong. Their memories remain in Hong Kong in the past. There were opportunities everywhere and they could be well fed. An elder who experienced the Second World War shared with Ching Yu what he saw and heard on the street after the war: a person vomited in the street and another man held his vomit and ate it. This kind of incident is something the grandparents will not forget. For the last two generations, as long as they have enough food and clothing, social stability is the most important thing to them. Ching Yu visited the prop master and he is very popular in the Mainland. He hopes that young people in Hong Kong will return to the Mainland to learn more and not “make trouble” in Hong Kong.

The previous generation of Hong Kong people was satisfied at the material level. Based on their personal experience and the history of the era, Ching Yu believes that the previous generation broke away from ​​the new generation. This is why serious generational disputes occurred and recording events in 2019 becomes more important. The Mainland and Hong Kong bridge was broken, the tear between yellow and blue in Hong Kong also contains the division of the times. Ching Yu thinks written records are one of the ways to repair the cracks.

Recording history is a responsibility

History has lost a piece and the whole city has lost its inter-age sense. This inspired Ching Yu to record the thoughts of 26 people and she hopes to find more “new Hongkongers” to record their stories through the book. “It’s hard to distinguish individual opinions in every aspect of our daily lives. A teacher taught me, ‘When you don’t have a common enemy and your goal is not clear, it’s very difficult to find out who your friend is.’ 2021 is like this.”

The minds of the “new Hongkongers” are changing like water. The sun, the moon, and the stars are changing, Ching Yu hopes to continue to record. “The past two years, I was very lost after finishing the book in 2020. After the book was published, I felt that I had a responsibility to record Hong Kong. I want to continue to record Hong Kong stories and breathe with Hongkongers.” 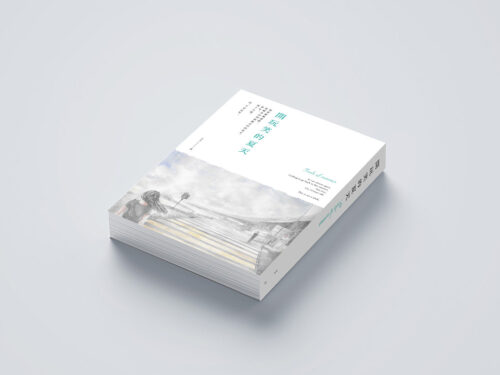 Name of the book: Fools Of Summer

“If I could choose again, I would go back to that summer of promises. I was 19 years old then. That is not a joke.” — Ching Yu, the author

Ching Yu is a millennial “Hongkonger”. She loves Hong Kong culture. After coming to Hong Kong for two years from the Mainland, she encountered the Anti-ELAB movement. After experiencing democracy for the first time, she thought a lot about identity. She saw the new immigrants in the frontline and logistics teams. She didn’t want to use colors to label a person’s values but just wanted to study their thoughts.

2019, it’s a summer that she was willing to be fooled, the girl interviewed 26 people around her and wrote a diary of that year.

That summer, the slurred frontline brother talked freely about democracy and freedom. The three generations of the “Fujian Gang” felt peaceful at home and there was the teacher who secretly said “keep it up” to you… they are also newcomers, they are in the same boat as us.

Do you remember us?

Past and Future Events