A citizen journalist from HK Feature shot a photo on 24th May during riot police’s dispersal operation in Hennessy Road which shows that a policeman pointed a 37/38mm Federal Riot Gun at District Councillors’ chest and arm with no distance. That policeman who held the gun with one arm buckled the trigger with his index finger, prepared to shoot, the Councillor was on the verge of death. HK Feature showed the photo to the involved parties, the District Councillor questions whether the police followed regulations and showed professionalism. As of press time, the police hasn’t replied.

The police was embattled, they shot the first teargas at 1pm in Wan Chai. At 1:14pm at the junction of Hennessy Road and Percival Road, HK Feature citizen journalist captured that more than ten riot police embattled and advanced towards the direction of Causeway Bay, they encountered District Councillors who formed a line arm in arm. A riot police shot pepper spray at the Councillors, several Councillors were shot and backed off.

A riot police with operational call sign [HQ T2-1302] single-handedly raised his riot gun twice and aimed at District Councillor Chan Chun-yue’s chest and then dashed forward and aimed the gun at another District Councillor, Tsang Chun-Hing’s arm. It can be seen clearly from the photo that there was no distance between Tsang and the muzzle. HK Feature journalist got confirmation from Tsang afterward that he felt some cylindrical object clung to his body and he also realized from a first aider at the scene that the object is a teargas gun.

During the whole dispersal operation, Senior Inspector from Police Headquarter kept pulling the policeman who raised his gun, it seems that the Inspector was trying to stop the policeman from doing it again, a PPRB member at the back also rushed forward. The policeman then put down his gun and used his left hand to hold the police baton and moved forward.

During the whole incident, the gun muzzle was close to Wong Tai Sin District Councillor Chan Chun-yue, Chan said he didn’t notice whether the muzzle touched his chest but he was clear that the muzzle was very close to his chest. Chan felt surprised after he saw the photo, he said the police was “very crazy”, “if this is a real gun instead of a teargas gun, what will happen to us?”

Law Yuk Kai from Hong Kong Human Rights Watch said that the police’s action “cannot be accepted”. From the photo, it can be seen that the policeman was to pull the trigger, he is being “ignorant of safety, intending to cause grievous bodily harm”.

According to OHCHR guidance on less-lethal weapons (note 1), less-lethal weapons such as rubber bullet or teargas should be used “at a distance” because the impact force and high temperature of the weapons may cause severe bodily harm. The report also points out that, the weapons can only be aimed at lower limbs of people. Law Yuk Kai states that the policeman in the photo was infringing the guidance and it would cause serious safety problems: “There is a high chance that the gun would go off accidentally”. 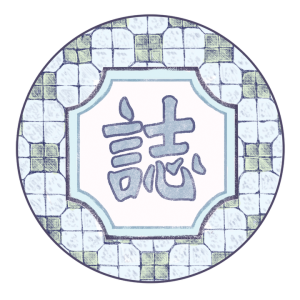 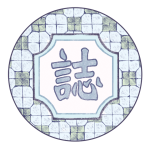